No products in the cart.

What Countries Are The Most Energy Efficient? 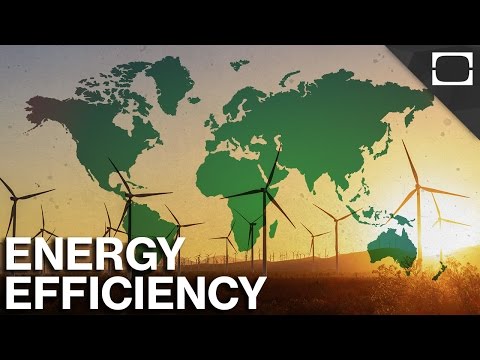 As emerging economies continue to expand, their energy needs are set to grow dramatically in the coming years. The International Energy Agency has even predicted that global energy use will increase by 30 percent over the next two and a half decades. With crude oil the source of so much volatility around the world, there is no question that the the future of energy will be based on countries dedicated to alternative, renewable sources. So, which countries are the most energy efficient? Well, the American Council for an Energy-Efficient Economy has ranked the world’s 16 largest economies, which account for nearly three quarters of global electricity consumption. This is based on 31 metrics, spanning energy use in buildings, industry, and transportation. It includes things like the country’s national energy savings goals, vehicle fuel economy standards, and energy consumed per foot of floor space. The United States ranks among the least efficient, at number thirteen. But across the board, Germany saw the greatest energy efficiency, scoring well in all metrics, but especially industry. According to the report, German industry and manufacturing is the second most fuel efficient in the world, with plans to far surpass the current leader, Australia, by 2020.

Part of the reason Germany is doing so well is a national policy, dedicated to lowering energy use, known as Energiewende, or Energy Transition. The goal of this program is to stop using coal and other non-renewable energy sources like oil. Clearly, it has been working so far. In 2014, Germany accounted for half of the new wind farms in the EU, and has been leading the world in energy efficiency. In an extremely close second place overall, Italy actually surpasses Germany in transportation. Although they tie with the UK for vehicle fuel efficiency, at nearly 40 miles per gallon on average, Italians also travel the least per capita. This low impact, high efficiency makes Italy a world leader in transit energy. Additionally, Italy tends to prioritize its rail system over its roads, leading to more people taking the train, and thereby saving considerable energy.

Still, Italy continues to primarily use fossil fuels, and actually scores the worst in terms of commercial building energy efficiency. When it comes to buildings, China takes the lead. Their polluting past and wide range of energy inefficiency may hold them back. But China’s residential buildings use less energy per square foot than any other country in the report. This is partially due to strict building codes, and the fact that energy intensity is one of the country’s top priorities. And despite being known for wastefulness, between 1980 and 2010, energy consumption increased five times, while the economy grew 18 times. Between Germany, Italy, and China, emerging countries can look at their journeys towards energy efficiency, and fine tune their own programs for maximum output. Still, every country surveyed has a long way to go, and plenty of areas to improve. Hopefully, 2016 will see even greater use of renewable and alternative energies.

To get a close look at how a small Tanzanian village’s movie theatre deals with blackouts and electricity shortages, check out this video from our sister network, Seeker Stories. Thanks for watching! If you liked this episode, make sure you’re subscribed to TestTube News so you can watch more videos. .

Only green renewable energy use will be difficult for U.S.

Which Power Source Is Most Efficient?

Benefits of Geothermal Heating and Cooling

Everything You Need To Know About Laptops January 18, 2021

Important Things That You Need To Know When Marketing Products Online December 26, 2020

Mind-blowing Data In Relation To Laptops Just For You December 21, 2020

All The Advice You Need To Maximize Online Marketing Success Is Here November 28, 2020

Essential Tips For Purchasing The Best Laptop For Your Hard Earned Cash November 23, 2020